According to the National Highway Traffic and Safety Administration, there were 3,142 people killed in the United States in 2019 as a result of distracted driving accidents. The NHTSA defines distracted driving as “any activity that diverts attention from driving, including talking or texting on your phone, eating and drinking, taking to people in your vehicle, fiddling with the stereo, entertainment or navigation system – anything that takes your attention away from the task of safe driving.”

Texting while driving is highlighted by the NHTSA as particularly dangerous as studies show that the average driver takes their eyes off the road for 5 sends per text. NHTSA cites that at 55 mph, a driver travels the length of an entire football field in just those five seconds.

EXCELLENT Based on 110 reviews.

Ernestor Muniz
Verified
I have worked with a few law firms and parisi & bellavia by far took there time to make sure I received all the treatment I need to get to where I am now, they always answered my calls and emails in a timely matter. Every time I came into the office I have always felt welcome and that's not the case in every law firm. Will recommend to anyone in need of a lawyer.

Ernestor Muniz
Verified
Very knowledgeable and fast responding,also help me with all my treatments. I used other law firms by far my favorite. Thank you so much.

Margaret Fagan
Verified
It was a pleasure keeping My experience local! From my first conversation, I knew I made the right call To Sara S You made this as easy and painless as possible! The firm is blessed to have you on they’re team

Jill Duttinger
Verified
From my first phone call to the resolution, everyone was very helpful, responsive, kind and efficient in helping me with my injury case. The pandemic certainly slowed everything down, however I was confident that the firm would keep me informed and guide me every step. They certainly are a personal law firm, and I appreciated all the personal phone calls to keep me updated during the entire time. I saw and spoke directly with the attorneys, Al Parisi, Samantha Parisi and Tim Bellavia. I really appreciated all the work, time and effort they put in on my behalf and I would certainly highly recommend Parisi & Bellavia Law Firm.

There are a number of ways that experienced trial lawyers, like our team at Parisi and Bellavia, can prove that a driver was distracted at the time of an accident.

One of the first pieces of evidence we’ll review at the time of an accident is the police report. The police report typically includes a description by the police officer of how an accident occurred including drawings of the cars’ positions and any witness statements. Sometimes an at-fault driver will admit that they were distracted at the time of the accident. For example, the driver may admit that they were talking on the phone at the time of the accident. Sometimes there may not be a witness statement, but it will be documented that the police officer issued a distracted driving ticket in connection with the accident. All of these examples are strong evidence in proving the negligence and liability of an at-fault party.

Even if an at-fault driver does not admit that they were negligent in a police report, we may be able to subpoena cell phone records that show that the defendant in the action was talking on the phone at the time of the accident.

As stated above, a police report may not contain a witness statement or admission, but it may include the name and contact information of a witness. Our experienced team of car accident lawyers works with a team of investigators who will follow up with eye witnesses to confirm whether they have additional information about how an accident occurred. 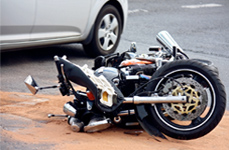 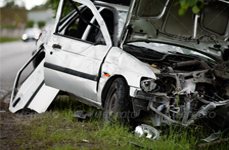 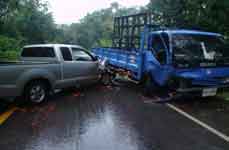 If you’ve been injured in a car accident in Rochester, NY contact Parisi and Bellavia, Rochester’s trusted car accident lawyers today. Our difference is that when you call us you get us and we’ve recovered millions in car accident settlements and trials for individuals injured here in Rochester. Let our family fight for yours.

Complete our form for a free evaluation.